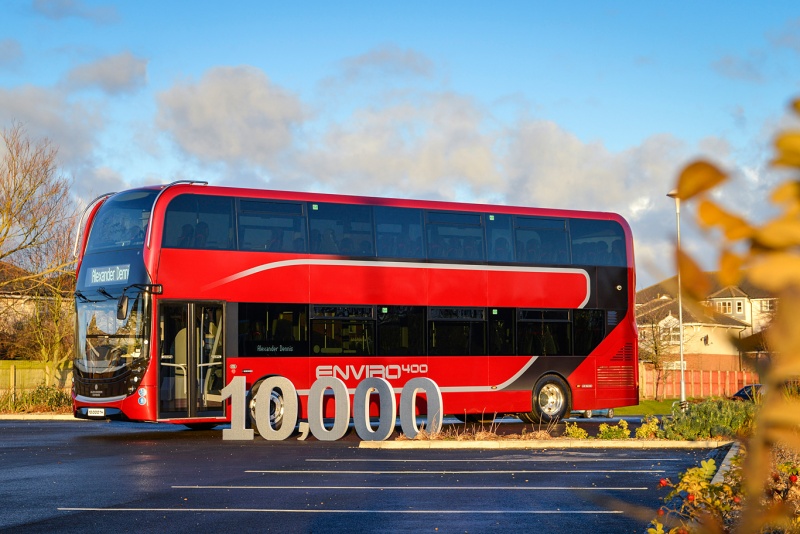 Alexander Dennis Limited (ADL) celebrated a major milestone with the roll-out of its 10,000thtwo-axle, low floor double deck bus. The landmark Enviro400 is emblematic of how ADL has influenced the progressive shift by the UK bus industry to high quality, low floor, easy access buses over the last two decades. 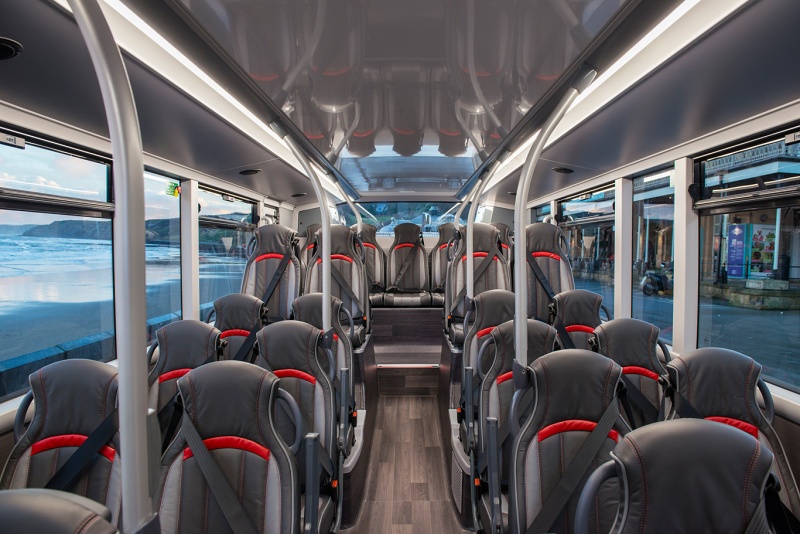 The high specification options of the Enviro400, which have a proven track record of driving patronage growth on scheduled services, have broadened the type’s appeal beyond traditional bus work.

Colin Robertson, ADL’s Chief Executive, commented: “There is a trend towards high quality buses that combine capacity and comfort. They raise the bar and are helping operators win business, particularly in terms of private hires, special events, corporate work and even school contracts.”

Colin Robertson: “This trend is a far cry from two decades ago when buses were fairly down-to-earth, no frills vehicles and it is fitting that we celebrate this 10,000 landmark with a double deck that demonstrates the huge strides we have made in taking product options to a whole new level.” 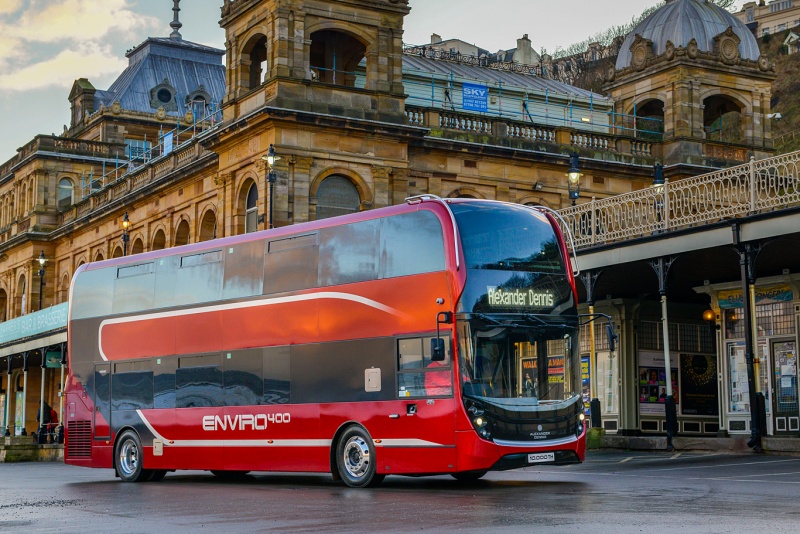 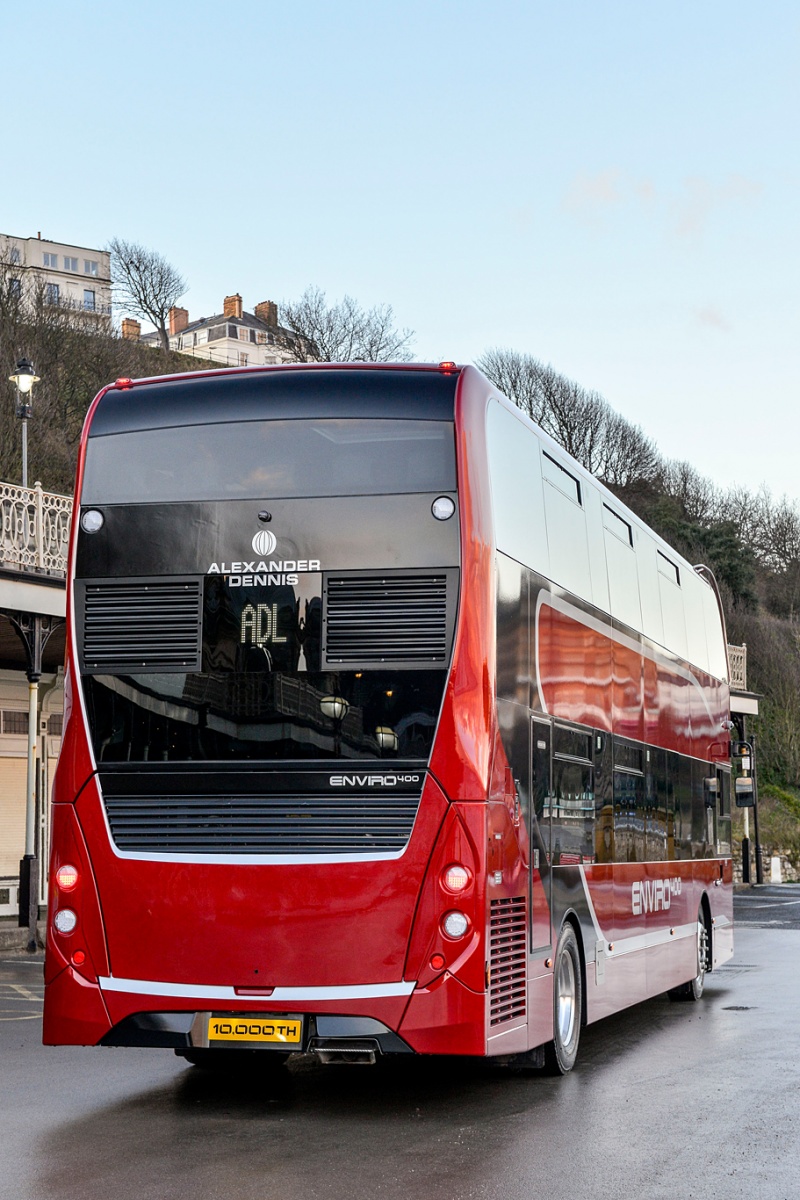 The milestone number of 10,000 two-axle, low floor double deck buses not only includes the current and previous Enviro400 models but also their trendsetting predecessor which brought low floor technology to the mainstream of UK bus operation.

The Dennis Trident 2 chassis was launched in 1997 and, along with the Dart SLF (Super Low Floor) midi bus, sparked a revolution in the UK bus industry. Their focus on easy access not only made public transport available to wheelchair users and passengers with reduced mobility who had previously found high-step entrances prohibitive but vastly improved accessibility for parents travelling with children in pushchairs.

In 2005 ADL took double deck technology to another new level, launching the Enviro400, an integrally designed complete vehicle providing a one-stop solution for operators. It was an immediate success and has subsequently been the UK’s best-selling bus for more than a decade. 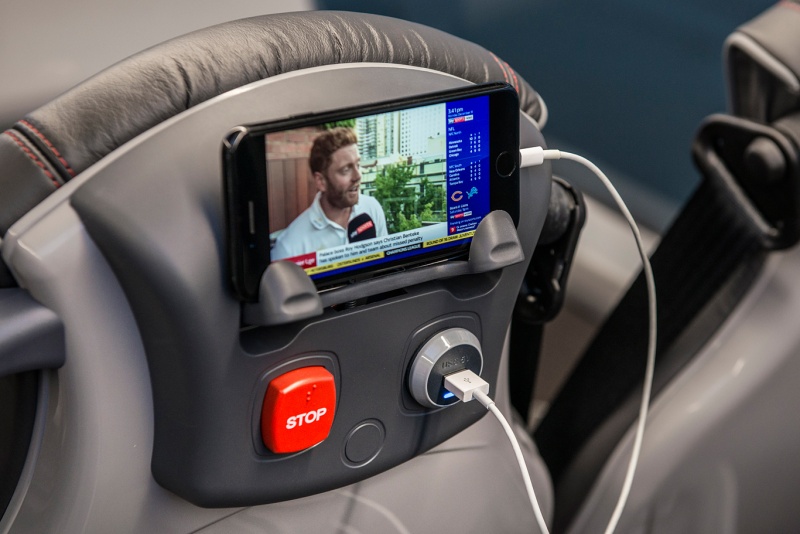 Colin Robertson commented: “This 10,000th low floor double deck bus is a milestone for everyone at ADL. The extraordinary success of our Enviro400 is a reflection of the ingenuity, commitment and dedication of teams drawn from right across our business. No one ‘wins the league’ this consistently without having the right people and the right approach to delight customers.

“We have had many landmark moments with the Enviro400, from the launch in 2005 to the facelift in 2009, the major model change in 2014 and the introduction of the City version in October 2015. We have also seen it lead the way as a fuel-efficient, low emission diesel, as a diesel-electric hybrid and as a gas bus.

“While it was designed as an integral vehicle – and has enjoyed the vast majority of its success as such – we have also bodied it on Volvo and Scania chassis. In addition, although it was mainly intended for the UK market, we have had significant business wins with the Enviro400 in Hong Kong and New York.”

Colin Robertson added: “The overriding fact is that the success of vehicles like this help us support apprenticeships, career development opportunities, 2,500 jobs across ADL, 1,500 more in our various collaborative ventures, and a further 5,000 in our supply chain network. It also gives us the impetus to stay at the forefront of technology and maintain our world-leading position in the bus and coach manufacturing sector.” 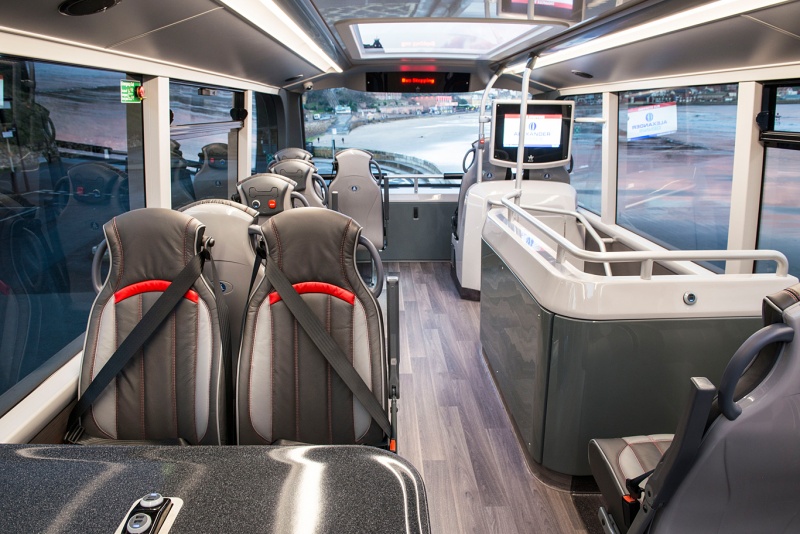 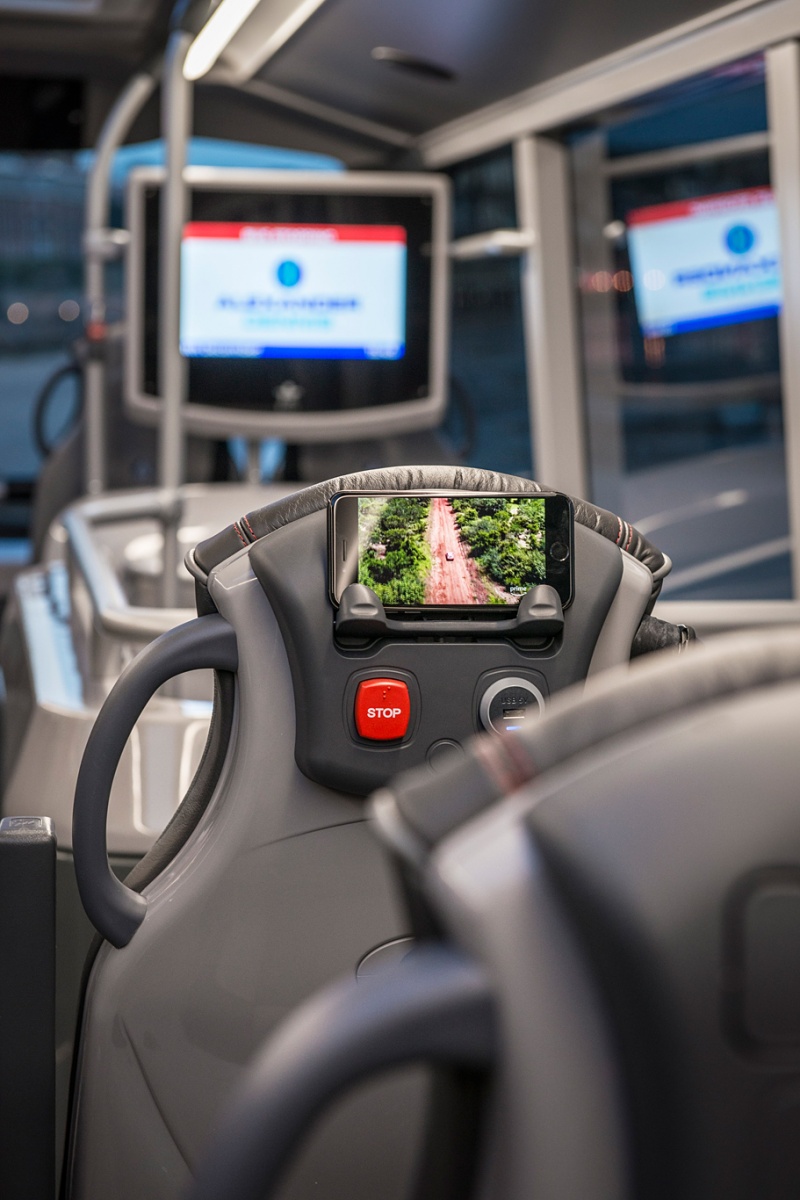