The Irizar i8, the Best of the Best

The Irizar i8, the Best of the Best 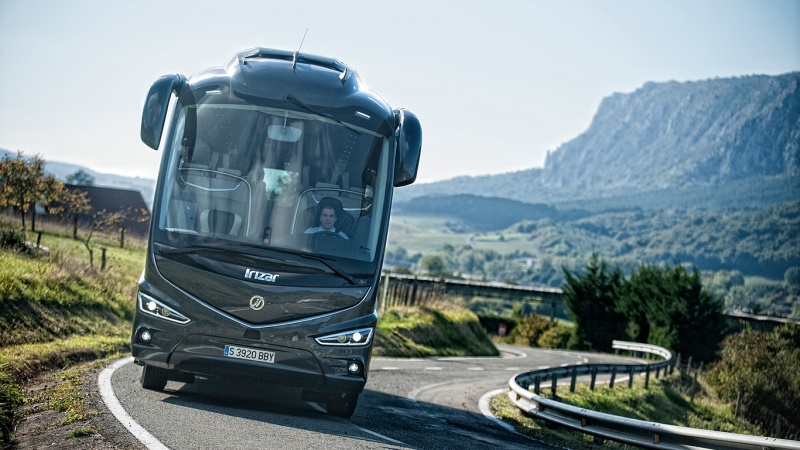 For the first time in its history, the Irizar brand has won one of the most prestigious European awards
The Irizar i8 bus has been nominated as the Best Coach of the Year in Europe

A jury of specialist journalists from the most prestigious magazines in the sector in 22 European countries has decided to award the prize to Irizar I8 for its countless attributes and the high added value it offers.

The award recognises the great strategic leap taken by Irizar in recent years, to position itself among the best independent European manufacturers (OEM).
The Irizar i8 is a thoughtful combination of design, technology and sustainability that offers exceptional comfort to the driver, guide and passengers and confers prestige on its owners. It is also the maximum expression of quality, safety, profitability, robustness and reliability in a sector in which its strong personality and visual impact stand out.

The Irizar i8, together with the other coaches of its range, is the pillar on which this brand is building its future prospects in the long-distance and occasional service sector. It can be affirmed therefore, that Irizar currently has the best range of coaches in Europe as affirmed by the numerous customers who have new generation Irizar vehicles.
The exceptional performance and response of the vehicle during the Euro Coach braking and acceleration tests and the open road driving tests on a mixed 30 km route between dual carriageway and secondary road have given Irizar i8 a victory. It should be mentioned that this first position is even more meritorious given that the vehicle submitted was a 3-axle, 14-metre version and was competing with three other 12 m, 2 axle vehicles - which are significantly lighter.

There are some reasons that must be highlighted that have led it to the podium. Its exterior and interior design, and its unbeatable breaking behaviour and turning circle. The environmental considerations are very positive in relation to the maximum vehicle capacity, reduced energy consumption and minimal levels of vibration and noise, even on sharp bends. Regarding technology, the dashboard is a benchmark, multiplexing keys and offering a HMI for the first time as standard. With regards to safety: FULL LED headlights, pioneering systems such as AEBS, LDW, TPTMS, ACC and DFT as options. In addition, it meets R 66.02." In the section on total costs, taking into account the purchase price, depreciation and residual value, consumption and repair and maintenance costs make the i8 a benchmark".